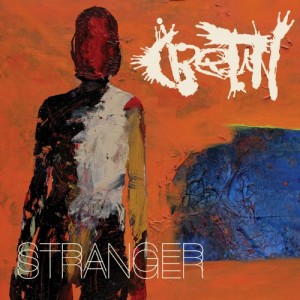 Cretin – Stranger CD (Relapse)
Crashing from the speakers with insane power, California’s Cretin serve up some relentlessly precise grindcore infused death metal. This quartet are raw, furious and aggressive and mix that with a sound which reeks nicely of Repulsion, Autopsy and (early) Napalm Death… it’s a healthy concoction of blast beats and speed as you may well guess. ‘Stranger’ is Cretin’s first album in eight years, and for those that could of feared a slightly weaker sound will surely be pleased with the violent epiphany of guitar grinding and the deviant vocal onslaught present throughout. For Cretin, brutality prevails. There is a definitive old school death metal/grind vibe, but with way more power than any programmed machines; made even more prolific by today’s production standards. Short, sharp, and to the point, all fourteen songs on ‘Stranger’ will rip you a new arsehole – they simply don’t rest up! Cretin are fast and frantic, and manage to inject a new lease of (nostalgic) life into what can sometimes be a monotone genre. Mark Freebase