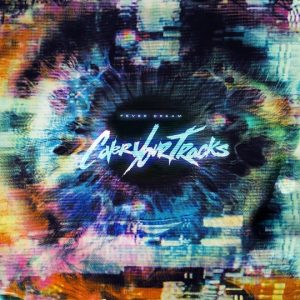 Fever Dream is the debut of Atlanta based metal band Cover Your Tracks, and they are a prime example of the strange effect music can have on both body and soul. Stylistically it’s probably not what I would usually listen too, as it’s very modern, neatly produced metal with loads of bits you can dance too and reminds me of a louder Linkin Park. You do get sucked into the universe that is Fever Dream as they have music in their blood and that shines through each and every one of their songs. Hiding behind an insincere facade happens, sadly, quite often within this particular genre of music. There’s a whole variety of emotion on display here as well as  massive riffs, introverted ballads and spun out vocal lines and I’m severely hooked, as it’s not just music being played for the sake of being tough or trying to get girls or to be arrogant rock stars. There’s truth here, real sadness, insecurity and frustration, the things that you just can’t fake no matter how hard you try. You don’t have to flex your muscles or have colourful tattoos to be taken seriously. The way Cover Your Tracks do things takes a hell of a lot more courage.  Martijn Welzen