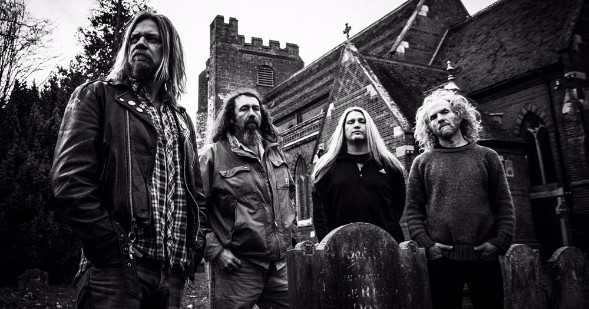 Nuclear Blast Entertainment is pleased to announce the worldwide signing of metal legends CORROSION OF CONFORMITY.

The band will enter the studio late this winter/early spring with longtime producer John Custer. Custer has recorded such prior C.O.C. classics as Deliverance, Wiseblood, America’s Volume Dealer and In The Arms Of God. The as-of-yet-untitled-album will mark the band’s studio reunion with vocalist/guitarist Pepper Keenan and their first full-length record since 2005.

Says Keenan about the new partnership:
“To all the C.O.C. fans worldwide, Mike, Reed, Woody and I are proud to announce that we are starting our next sonic adventure with Nuclear Blast Entertainment! We are honored and psyched to be a part of the Blasted Family, both professionally and artistically. After all these years, its truly inspiring to reawaken the chemistry that the four of us have. We are seriously fucking with our pants off now! We do not take this journey lightly and cannot wait to return to the studio to drop Ze’ Hammer! All of this would not be possible without the global support of all you free thinkers and beer drinkers. Much love and respect and look forward to to seeing you soon.”

President of Nuclear Blast Entertainment, Monte Conner adds:
“I love all the incarnations of C.O.C. over the years but the Pepper-fronted version has always been the definitive line-up of the band for me. Ever since hearing Pepper take charge on 1991’s ‘Vote With A Bullet’ I was dying to hear him sing more with the band. This line-up’s 1994 debut Deliverance, with its signature tracks ‘Clean My Wounds” and ‘Albatross,’ was an instant classic and is still one of my all-time favorite albums.

“It has been a long 10 years since their fourth album – the highly underrated In The Arms Of God – and as a fan, I am dying to hear what these guys come up with next. I know it will be a monster. The fact that it is coming out on Nuclear Blast is very fulfilling for me and many others on the Nuclear Blast team as we finally get to work with one of our favorite bands.”

An Autumn 2016 release is expected. CORROSION OF CONFORMITY are currently tour throughout the US.

C.O.C. emerged from hibernation as a trio and released 2012’s self-titled album and 2014’s IX to wide acclaim, but many hardcore fans have been eagerly and patiently awaiting the return of Pepper Keenan.

The band were originally an influential hardcore punk/heavy metal crossover act before reaching critical success with a then new lineup on 1991’s Blind album. That trajectory continued with wider appeal as Keenan took over as the group’s primary vocalist on Deliverance (1994) and Wiseblood (1996).

These two recordings in particular fused the raw energy of their previous albums, with some great strides forward in classic rock inspired songwriting and more spacious production and execution. Since then the band has often been copied but rarely equaled.

This juggernaut gained mass and momentum with relentless touring alongside such greats METALLICA, CLUTCH, EYEHATEGOD and many more.

Eventually, following the release of In the Arms of God in 2005, Keenan decided to focus all his energy on his hometown band DOWN… until now.