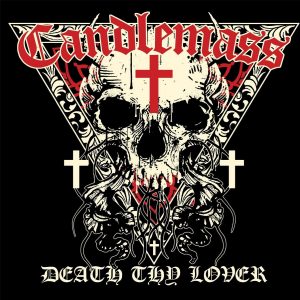 Fantastic – I’m sure most of us thought that Candlemass were long deceased as a project; instead we’re treated to four tracks of classic European metal by the Swedish Denizens of Doom. This is the first recordings to feature new vocalist Mats Levén, who does a splendid job of injecting a little bit of Bruce Dickinson/Ronnie James Dio into the proceedings. As you would expect the songs are on the lengthier side, with ‘Sinister & Sweet’ and instrumental closer ‘The Goose’ coming closest to the bands ‘Epicus Doomicus Metallicus’ period of snail paced doom which I feel the band excel at, although both the title track and ‘Sleeping Giant’ are certainly far from underwhelming. Good to see you back gents.  Ian Pickens