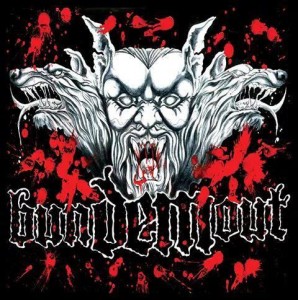 This is a reissue of Bun Demo Out’s debut album from 2008. For those not in the know, Bun Dem Out is something of an LBU/ Rucktion records supergroup as it features members of Maldito, 50 Caliber, TRC, Lost Sight and of course the inimitable vocals of Pierre from Knuckledust leading the fray.  Musically it’s not one hundred percent what you would expect to get. I was thinking this would be a full on beat-down meets HC fiesta, but this is actually way more metal. With riffs that dance all the way up and down the fretboard, this album sandwiches death metal passages between blast beats, dropping straight down to ultra slow passages, going from Morbid Angel to Obituary in the blink of an eye. Having said that, the vocal delivery brings everything back to the hardcore roots and there is a definite groove going on. One seriously heavy release. Tom Chapman