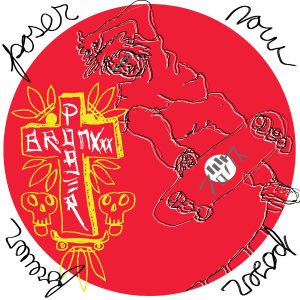 Wow, just when you thought that the good old days of high energy HC were done and dusted, along comes a band like Bronxxx, whose nerdtastic, hyper-skate core proves you wrong and then some. Specialising in high energy, new wave influenced, four wheels and a deck style Hardcore, their singular fusion of DS-13, Adrenalin O.D., Jailcell Recipes, (early) Bouncing Souls and JFA sounds like it could spiral out of control at any moment. But that geeky teetering on the edge of collapse vibe gives it an instant eighties accessibility that should send any skater or HC kid into a bliss filled, state of delirium.  Skate core is alive and doing just fine in Osaka… Tim Cundle