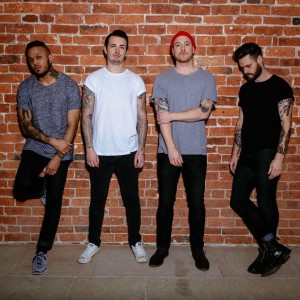 BRAWLERS have revealed plans to release their debut album titled The Romantic Errors of Our Youth on April 6th via Alcopop! Records. This much anticipated full-length follows their 2014 EP I Am A Worthless Piece Of Shit which, teamed with a heavy touring schedule, infectious disposition for good times and intent to spread the good word of rock n roll, earned the band loyal fans all over the UK and saw them cited in Kerrang!s 20 Hottest Bands In The World Right Now, among other glowing accolades.

Already having garnered plays on Radio 1 and XFM, lead track Drink & Dial is currently available to stream via
soundcloud.com/alcopop/brawlers-drink-and-dial.

Comments frontman Harry George Johns, This song is about trying to not make those calls, those mistakes we all make, often after alcohol, mostly after heartache – but I’ve made these mistakes and I’m telling you now, don’t not drink and dial, just don’t drink!.

Further touring plans, including various festival appearances will be revealed in due course.