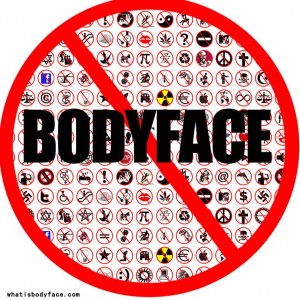 Bodyface – No CD (DIY)
This is the second album from New York alt-rock trio Bodyface. It’s pretty clear from the outset that these guys are seasoned musicians, as the songs pay homage to various different styles of guitar music from the past twenty or so years. Initial impressions made me align the band with the likes of Queens Of The Stone Age, but as the album progresses you can hear different influences come to the fore. Overall the style tends to be more downtrodden than upbeat; although the songs are all melodic and catchy, pop-punk this is not. It does take me back to a time when the major labels were snapping up hardcore/ post-hardcore bands left right and centre and you had big releases from bands like Jawbreaker, Jawbox, Handsome, Quicksand, Into Another and the rest. Much like those records, “No” benefits from a powerful and slick recording that enhances the performance without sounding over-produced. Transported back in time, you can easily picture any of these tunes vying for serious airplay on a mid-90s MTV rock show. The whole record does have a retro feel, but I don’t have a problem with this reinvention of a genre that still sounds great today. Tom Chapman