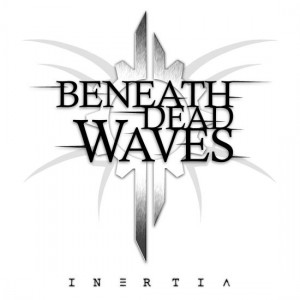 Beneath Dead Waves – Inertia (Nevacytem Records)
After forming in Dorset in 2007, this 5 piece band moved to the bright lights of heavy metal London and after a couple of line up changes they released this debut album. With hints of Tool as an obvious influence this predominately fast paced, all guns blazing offering is pretty good. It does grab your attention, especially the drumming which is very technical and I could imagine ’animal’ from the muppets behind the kit and smashing the crap out of it. The guitars are also impressive with great solos almost like Slayer, that frantic speed solo that Kerry King does so well.
This self produced (and very well produced) album is a long time in the making considering they started around 7 years ago but all things good come to those who wait. I can’t stop listening to “You Were Nothing” a 6 minute epic with everything you could wish for in a tech metal song. With some fantastic screaming towards the end and Metallica-esque wah wah solos. You can also hear a definite Punk influence in this as well, just for the speed and aggression of the whole thing. I know when I like an album of this kind it’s because it makes me angry, in a good way.
Overall, this is a fantastic debut album from Beneath Dead Waves let’s not wait 7 years for the next one chaps!! Paul Hoddy