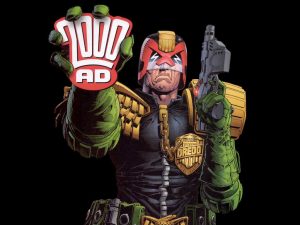 Batgirl and Motor Crush artist Babs Tarr is set to illustrate a Judge Dredd story in the first time there has ever been an all-female creative team on the character.

In a coup for the legendary anthology 2000 AD, fan-favorite Tarr will illustrate a Dredd story by writer Emma Beeby in the upcoming 2000 AD Sci-Fi Special, set for release in June.

Judge Dredd: The Feels will be just one of the stories in the bumper special, which is the first ever comic published by 2000 AD in its 40-year history with a creative line-up made exclusively of women – from writers and artists to colourists and letterers.

Beeby’s 2013 story Suicide Watch was the first time a woman had written Judge Dredd since his creation in 1977 and she also has the accolade of being the first woman to write Judge Anderson, while Tarr’s work on Batgirl and Motor Crush has earned her a passionate following amongst fans.

The 2000 AD Sci-Fi Special will be released in the UK and digitally on June 20, with a print release in North America the following month. 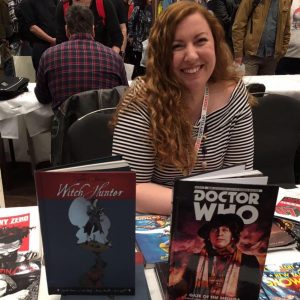 Emma Beeby said: “Judge Dredd is really fun to write. He walks the line between hero and villain, comedy and horror. There’s something both disturbing and reassuring about getting into his head. I’m so excited to see this special, I can’t wait to see all these fantastic creators’ takes on these characters, not least Babs drawing Dredd – I love her Batgirl SO much. I remember I felt quite intimidated, being a woman writing such a legendary and masculine character, among all these male creators, but I was made welcome. It’s a great community of creators and fans and it feels like home to me now.” 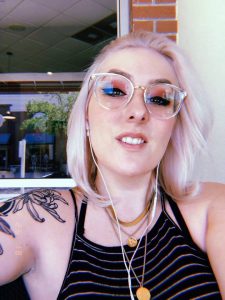 Babs Tarr said: “Visually it’s just so fun I had to jump at the chance to get to draw Judge Dredd. Especially since I feel that people wouldn’t expect me to, which just makes me wanna prove them wrong! I know my collaborators Cameron Stewart and Brenden Fletcher are big fans and Cameron even did a short story a couple years ago, but that’s the extent of it for me. I think it’s a great move by 2000 AD that says all are welcome. As an anthology that has been groundbreaking and diverse in style and story for over 40 years, this seems completely appropriate. It’s going to be an incredible issue. It’s cool that it creates opportunities. I have an established comic career so I don’t need the exposure, so I took this project on ‘cause it sounded fun. BUT, if me being part of it helps shine light on new and existing female creators then I’m happy to be a part of it! My hope for the future is that we don’t need niche things like ‘all-female’ specials to give girls jobs in comics. That goes for every other minority in the industry as well.”