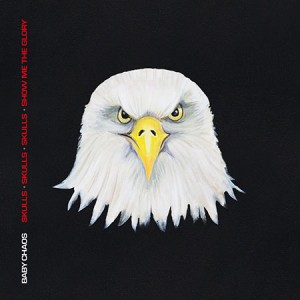 Baby Chaos – Skulls, Skulls, Skulls, Show Me The Glory (self release)
There are some great riffs on this album and I’m slightly surprised because I didn’t expect that. Baby Chaos have been around for a few years releasing albums in the 90’s being labelled as “Britrock”, now recently reformed after a series of gigs they release this 11 track CD. There is a rumble of early Radiohead or even Placebo within the songs but this does sound punchy and fresh. Most of the tracks on here are very good and it proves that being in a band for a while makes good songs. Something I probably won’t listen to a lot but I could put it on occasionally and enjoy. Paul Hoddy