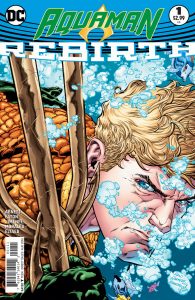 Fan-Favorite Writer to Pen AQUAMAN and TITANS As Part of DC Universe: Rebirth

“Dan Abnett is the perfect fit for Aquaman and Titans,” said DC Entertainment Co-Publisher Jim Lee. “He skillfully balances great dialogue and high-octane action, making for great reads every time. DC is excited that he’ll be giving fans more great stories in both books as we enter into our line wide REBIRTH re-launch in June and beyond.”

Aquaman continues the story of Arthur Curry, the King of Atlantis, as he seeks to reconcile his dual heritage of land and sea. A citizen of both worlds, Arthur seeks to unite Atlantis with the rest of the global community. But his plans will be thrown into chaos with the return of his arch-nemesis Black Manta, who seeks to destroy the careful balance of peace, and bring Aquaman’s world crashing down. 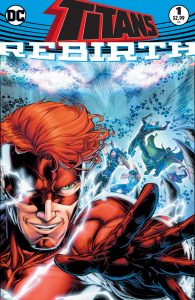 Titans continues story beats from Abnett’s run on Titans Hunt, with teammates Wally West, Donna Troy, Arsenal, Garth, Lilith and Nightwing all reunited after the disastrous consequences of having their memories lost. Now, with their memories intact they will attempt to reunite as a team, and stop the demon that broke them apart and is a threat to reality itself.

“I was delighted by Dan DiDio’s invitation to sign exclusively with DC,” said Abnett. “My recent work for DC, on projects like He-Man, Earth 2 and Titans Hunt have been both rewarding and enjoyable, and now with Aquaman’s Rebirth in the mix, and the Titans as a new series, it seems like the ideal time to really focus on DC work and do my best to knock each and every issue out of the park.  Not that we have baseball parks in the UK. We have cricket pitches. But the point stands, anyway…”

Abnett makes his REBIRTH debut on Aquaman: Rebirth #1 (on sale June 8) and Aquaman #1 (on sale June 22) beginning an all-new story arc, blasting out of the events of the DC Universe: Rebirth #1 special, written by Geoff Johns (Justice League, Green Lantern: Rebirth, Flash: Rebirth), that went on sale May 25. As part of the REBIRTH line wide re-launch, Aquaman will ship twice monthly, and at a lower price of $2.99.