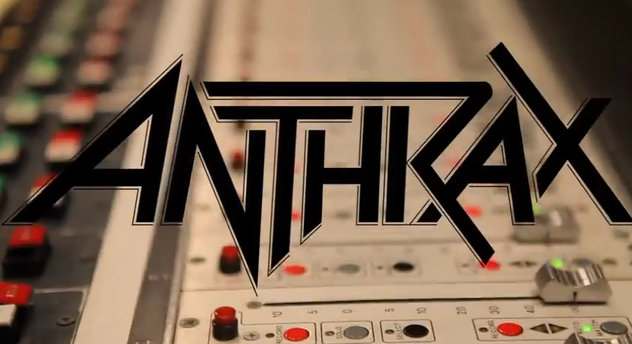 ANTHRAX have joined forces with producer Jay Ruston once again and have entered the studio to record the follow up to their 2011 Grammy nominated and critically acclaimed album, ‘Worship Music’. Charlie Benante, Frank Bello, Joey Belladonna, Scott Ian and Jon Donais wrote and demoed new tracks at the end of last year and have kicked off the next phase: recording. The as yet untitled album, the band’s eleventh full studio offering, is set for a 2015 release. Watch some footage of the guys recording with Jay over on YouTube: