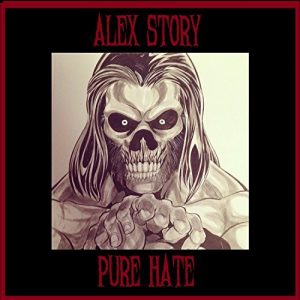 To help raise money to cover studio costs for the new Cancerslug album (retrospective album called Fuck The Bullshit This is: Cancerslug) Alex Story has released a new acoustic album entitled Pure Hate. Alex is truly a musical powerhouse, releasing multiple CS albums a year as well as albums from projects including Born in Angel Blood, Alex Story and Cassie Roya Baher, Doyle (the band) as well as solo acoustic albums…he is a well that will never run dry. Over the years he has evolved, improving in vocal skills and songwriting abilities consistently while maintaining that harshness and rage that the Slug Cult loves. Eighteen tracks  of angry, acoustic, amazing sleazy rock and roll, Pure Hate (including the title track, Born to Lose and my favorite The Fuck Off) is yet another great release from the man we know as Alex Story. SLUG CULT RISE!! Jim Dodge