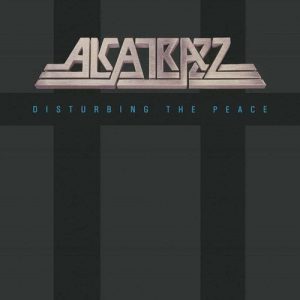 Containing the jewel in the bands crown, the eighties rock classic God Blessed Video this is Graham Bonnet’s finest moment. Alcatrazz dished out polished melodic hard rock and Bonnet seemed to be riding a huge wave of success after his departure from Rainbow. With debut album guitarist Yngwie J Malmsteen heading off for a solo career, the frantic fret-board shenanigans of Steve Vai (who was later to leave to join David Lee Roth’s solo outing) graced the band for this record. The speed and the melody of the music makes for infectious driving hard rock of the highest calibre and has more than stood the test of time. With a bonus track and instrumental versions of nearly all the songs, along with a Steve Vai rehearsal, it will have fans easily justifying buying it again. And the deluxe packaging, the bumper booklet, and the sixteen track live DVD are a double whammy bonus! Alcatrazz need no introduction for those of us who were there at the time, but for the folks searching through the piles of re-releases for iconic moments in hard rock history, this is an essential piece of the jigsaw. The DVD may seem cheesy to many (particularly the bands stage attire and antics), but it captures a moment in time and shows the band rocking out for a very sizeable Japanese crowd. Boasting a set list taken from both their debut record and Disturbing the Peace, Bonnet and crew held nothing back and it was, and thanks to the magic of DVD still is, one hell of a show. When music like this embeds itself in your brain it never lets go, so I’m feeling kinda like what God did to video, that is blessed, that HNE have luckily, once again, delivered the goods and then some with this reissue. Mark Freebase