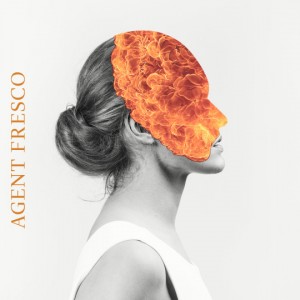 Agent Fresco – Destrier (Long Branch / SPV)
If there’s one thing that really draws me to Icelandic rock in general it’s the vastness and melancholy of the melodies. Be it Sólstafir, Kontinuum or Árstiðir, there’s something special in the air of Europe’s most isolated country. Agent Fresco is, stylistically, widely different, but underneath the crazy twists and turns has that same beating heart of fire and ice. ‘Destrier’ is never the record to walk a straight path, but spins out in many jazzy, poppy and even grand orchestral directions, with the occasional metallic outburst. It can also go from a song, closely related to BoySetsFire playing an intimate living room show for you and your loved ones, to Wembley stadium for a Queen-like rock opera. The lyrics are in English, but I desperately wonder how the lighter­-than-­air vocals of Arnór Dan would sound in Icelandic. A language I got to know as amazingly poetic. Whatever you want from an album in general, you be sure that ‘Destrier’ has it! Martijn Welzen