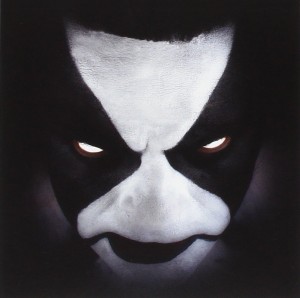 The Norwegian metal giant (formerly of Immortal) returns with the first offering from his cunningly self-titled band, but ardent followers of black metal will already know this I’m sure. ‘Abbath’ is a true Nordic whirlwind of blackened malevolence; a fierce nod to the world of extreme music and it’s pleasing to say that the likes of ‘Ashes Of The Damned’ echoes images of a deranged Kreator and their harshness and intensity. You should know what’s in store from the album artwork; so it is of no surprise to find ‘To War!’ is frantic, fast, and furious – riff wise, as well as boasting feisty, energetic drumming. There’s something about this album, something about the song structures and their tone, that nods its head to the world of black metal, which is especially noticeable to someone like myself who is not renowned for the love of this genre, but the belligerent disorder that comprises this is not just a wall of noise, no way, this album has depth, but at the same time it’s still very extreme. Maybe it’s the clarity of music, maybe it’s the feel of old school thrash mixed with all things heavy, maybe it’s the perfect pacing of ‘Ocean Of Wounds’ I don’t know what it is, or why I like this record, as I still haven’t quite figured ‘Abbath’ out. What I can honestly say is that there aren’t too many black metal albums I can put on and listen to from start to finish. ‘Abbath’ however, I can and it’s fast becoming a firm favourite. Mark Freebase