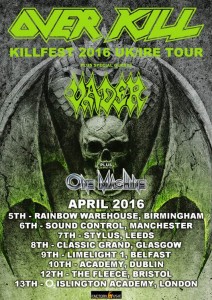 Vader released the ‘absolute heaviest’ studio album of their career last year, according to frontman Peter W.
The album in question is ‘Tibi Et Igni’ which was released globally via Nuclear Blast Records to widespread critical acclaim.